Sometimes you’ll find that a recipe (involving melting chocolate, let’s say) calls for a double boiler. Because to melt chocolate, you need an indirect source of heat; it cannot be direct.

So you shouldn’t be using a microwave or a traditional oven. And for melting chocolate, this is necessary because it’s so sensitive to temperature and it requires a gentle and indirect heat source for it to melt smoothly and ensure a silky texture.

Related: What Is A Double Boiler?

If you don’t have a double boiler in your kitchen, you can use one of these substitutes to replace it!

Grab a pot, fill it with about an inch of water, bring to the boil and then simmer. Next, place another pot securely onto it and put whatever you want to cook in it. Stir frequently until melted / hot / cooked. Remember that the pots will be very hot once done, so be sure to handle with care and use heat-proof oven gloves to remove them from the stovetop.

For this method to work, the two chosen pots should be roughly the same size. Place the larger/heavier pot on the bottom and the smaller/lighter on top. Make sure the top pot has a snug fit so that steam doesn’t escape and it doesn’t wobble and potentially fall off.

Use a heatproof mixing bowl and a pot

Surely you have a glass, pyrex or stainless steel metal bowl lying around in the kitchen; however, you must make sure that it is heatproof. Place your mixing bowl on top of a normal kitchen pot.

It is important to select a wide pot because it has more surface area and this in turn will ensure even melting. The mixing bowl should rest on top of the pot and not fall in, so it should be bigger than the pot.

Also, make sure that you choose a mixing bowl that has a slightly tight seal over the pot so that no steam will escape and accidentally burn you. It should not be too tight because it could cause steam to get trapped and building up, leading to a potential explosion and a messy kitchen!

Add enough water into the pot to fill an inch of depth and then bring that to a boil then lower the heat for it to simmer. The next step is to place the heat-safe glass bowl right on top of the pot. Don’t worry about the glass sticking to the pot because the steam from the water will heat the bowl.

Now get the ingredient that you want to melt (like for example, chocolate – note that chocolate melts way faster in the double boiler if you chop it into smaller pieces) and place it into the glass bowl. Careful to not get any water into your glass bowl by mistake.

The mixing bowl can slightly touch the water in the below pot, but it is preferred that it remains above it to some extent.

If you need to cover your mixing bowl containing the food item, use a sheet of aluminum foil, a pan lid or even a large ceramic plate.

This Do-It-Yourself double boiler technique is one of the best options for when you don’t have a double boiler.

Use a mason jar

Simply fill a pot with water and bring to a simmer. Unscrew the glass mason jar and put the lid aside. Place the mason jar in the simmering water, and voila – a mason jar double boiler!

This method is a bit more complicated than the others but it works as a substitute for a double boiler especially for custards.

Tip: You can place your large dish in the oven before filling it up with water if it will be carrying multiple containers making it heavy.

Some experts advise the use of a microwave, but only in some cases, it is OK to use a microwave when you don’t have a double boiler. The microwave method is good for melting a small amount of chocolate and only for a few seconds, for example. 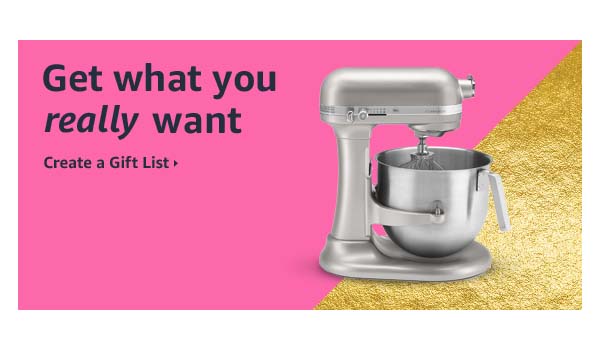 Do note that you should keep checking on your mixture to ensure it doesn’t burn! Take it out of the microwave every few seconds and mix. Stop the microwave before your ingredient is completely ready because it will continue “cooking” after removing from the microwave.

However, it is important to remember that microwaves will get your ingredient heated up very quickly; whereas a double boiler heats gently. Use other substitutes for more efficiency.

Related: How To Use A Double Boiler?

How To Melt Chocolate Without A Double Boiler?

Glad you decided to stick until the end, my chocolate lover! I promised that I’d uncover a secret about chocolate at the end of this article, so here we go!

One of the substitutes for a double boiler is to use a heat-safe bowl and place it on top of simmering water. Be sure to make a gap between the bottom of the bowl and the water; don’t let the bowl touch the water, as that could cause excessive heat transfer.

Another way to melt chocolate without using a double boiler is to simply use your microwave. The microwave is excellent to melt delicate and soft foods, and you can melt chocolate in 30-second intervals, stirring after each burst of heat.

If creating a makeshift double boiler or using a microwave doesn’t sound appealing to you, there are two other ways that you can melt your chocolate successfully.

Mindy Segal, the owner of Chicago’s Hot Chocolate, suggests using your oven at 350 degrees Fahrenheit (176 Celsius), but instead of placing the chocolate inside the oven, you place it on top! It melts slowly, but it also helps the chocolate even out.

There is also Medrich’s hairdryer technique, which sounds unusual, but can definitely help you melt your chocolate successfully. Begin from a distance, aiming the dryer into the chocolate bowl, and gradually move closer as it continues to melt. Be careful, though, as small pieces can fly out with this method!

What NOT to use as a Double Boiler Substitute

A silicone double boiler is not the best option as a double boiler substitute. It could seem like a great idea because silicone is known for its heat resistance and flexibility.

However, silicone transfers heat very slowly and the entire process will take much more time than it should. Keep silicone for using as a mold and use the substitutions provided above for better and more efficient results in your cooking.