It’s not the complicated issues that irritate us; instead, it’s always the simple ones. Like the brownie recipe said, vegetable oil, but you bought olive oil. So now you’re pondering, Can I use olive oil in brownies? Don’t scratch your head because you can use olive oil to make brownies.

No matter how precise we are while baking, we tend to forget one basic thing. Sometimes we run out of cocoa powder or eggs, while other times, we purchase the wrong oil. At this point, we’re only left with one choice, that is, to find creative ways to replace the missing items.

Let’s take you on a tour of knowledge about olive oil, vegetable oil, and many more.

What is Olive Oil?

Before using anything, you should be familiar with its meaning. Olive oil is extracted from olive tree fruit. As olive trees become 5-12 years old, they produce olives. Some trees produce olive even after being 2000 years old.

Olives are picked, washed, and then using big steel blades or stones; they are crushed. Now the olive paste is pressed to release oil. Next, excess water is removed by spinning it in a big centrifuge. Now what’s left is pure olive oil.

What is Vegetable Oil?

Vegetable oil is made by crushing the ingredient then using a chemical named hexane, which is heated. That is how vegetable oil is extracted. After extraction, impurities are removed through a refining process. Finally, it is bleached and deodorized too before final packaging.

Can I use olive oil instead of vegetable oil for brownies?

Oil helps in making cookies goey and soft. It also prevents clumps while mixing batter. To make smooth brownies, you need fat. Vegetable oil enhances the rich chocolate taste in your brownies. It gives fudgy brownies instead of cakey consistency.

If you have olive oil available with you, you can use it in vegetable oil for brownies. However, when you use olive oil to make cookies, it gives a little bitter and fruity taste, which matches the taste level of chocolate. As olive oil has a strong taste, pick a mild flavor of olive oil to use in your brownies. For instance, refined olive oil will be better than extra-virgin olive oil.

Using olive oil in your brownies not only provides a surprising flavor but also it’s a more nutritious fat than butter. However, all of the products contain fat, but olive oil has less saturated fat, making it a healthier option than vegetable oil. So when you bake your brownies using olive oil, you get a package of these benefits too.

Why should you think once before using olive oil for brownies?

As we mentioned earlier, olive oil brings surprising flavors, so not everyone likes it. It brings a pungent and strong taste which can be sensed even from smelling the brownies. Brownies are meant to be delightful sweet treats but if you go the healthy way by using olive oil, expect some bitter taste in your cookies.

Vegetable oil has a neutral taste, so one can’t really identify its use in a cookie. However, if you want to use olive oil, carefully pick the light one instead of extra virgin oil.

Also, olive oil can cost you many bucks compared to vegetable oil. So make sure you’re using this precious and expensive thing wisely while baking. Use the same amount mentioned in the recipe, and don’t waste it. 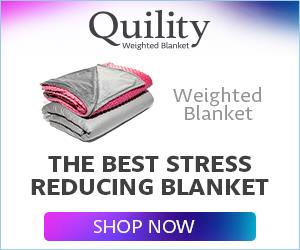 We wish you a joyful and tasty baking process. Getting healthy while eating tasty is not a dream anymore. When it goes into your brownies, Olive oil makes them so soft and gooey. However, be prepared for some strong, surprising flavors as olive oil has a strong taste. So use light olive oil instead of extra virgin oil to get a mild taste. A good brand will always give a good taste.